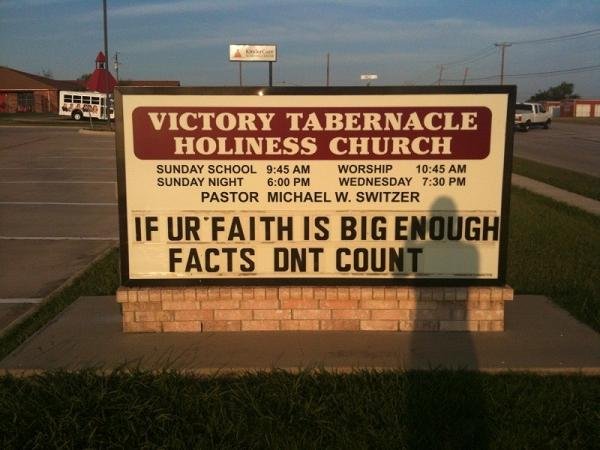 Earlier this year, noted gay rights activist Dan Savage spoke to some college students about the bible. He held the bible, and religion, up to public ridicule and the students cheered him on. How did we get to this situation? Who is responsible for this sad state of affairs?

The answers lies in a medieval Jewish proverb: “In prayer we speak to G-d, but in study G-d speaks to us.” (note 1)

In the United States, there are many hard working clergy who study and try to listen to G-d. One never seems to hear from these people. Instead, the TV airwaves are filled with clergy whose sole purpose seems to be asking for donations so that they can live the lifestylesof the rich and famous. We have clergy who publicly and loudly demonstrate their biblical illiteracy by quoting the bible out of context and using misquotes to justify their hate and bigotry. The corporate controlled media in the United States is filled with the comments of these hate mongers, while those who diligently go about G-d's work go unheard. Then we have the people who unthinkingly take the bible literally. These people are the religious equivalent of people who think they read a book because they saw a movie with the same name as the book.

Further fueling this problem are the politicians who think that they were not elected to serve in public office, but were elected to impose their ignorant, hateful, bigoted religious beliefs on the general public. At least one political party in the United States, the Republicans,seem to specialize in this form of demagoguery. Nor do the Republicans have a monopoly on demagoguery as evidenced by Democrat President Clinton's signing of the blatantly homophobic laws of Don't Ask, Don't Tell and the Defense of Marriage Act; laws the US courts have ruled are unconstitutional.

Because the popular media is filled with clergy of the aforementioned caliber, not to mention the demagogue bible thumping politicians, religion is held in disdain. Further showing religion in a bad light, we have a religion known for preaching hate and actively encouraging mass murder; Islam. We have another well known religion,a religion known for preaching hate, engaging in and covering up child abuse (physical and sexual), as well as at least two Vatican Bank scandals; the Roman Catholic Church. We also have a religion that has violated campaign finance laws in its effort to deprive gays and lesbians of civil rights; The Church of Latter Day Saints (better known as the Mormons). These are just a mere three examples, as there are unfortunately plenty of others. In a striking coincidence, all three of these religions are known for their preaching of hatred of gays and lesbians. It should also be noted that these three religions also have been involved in anti-Jewish activity. I gues sonce you start to hate those that are different from you, it is all but impossible not to hate everyone but your co-coreligionists.

That Dan Savage said what he did should therefore be no surprise. Having received the same hate he has, I understand why he chose to hold his enemies up to public ridicule. Having seen the public performance of many of our clergy, his observations (while being incorrect) are justified.

One other point needs to be mentioned here, some students found Dan savage's remarks objectionable and walked out. This brings up another issue. Mr. Savage's remarks were made to a group of high school students, or the very people we often call young adults. These are the leaders of the future. What caliber of leadership will we have when the best these young adults could do is walk out? How wrong am I to assume that these young adults are so indoctrinated into hateful religious teachings that these people will be the haters of future generations? What kind of leadership will they provide when the best they can do when confronted with a difference of opinion is to walkout, least someone challenge their beliefs?

That having been said, I would be remiss if I did not take this opportunity to try and correct what Dan Savage said. The first place we need to start with is bible translation. An English translation of the bible is not the world of G-d. Having seen numerous translations, I can tell you most (if not all) translations are flawed in some way. Regarding the Hebrew bible specifically, it is written in Hebrew. Hebrew is a spiritual language. English is the language of commerce. One cannot translate from one to the other, as there are no equivalent words for some concepts. On this website are numerous articles explaining how and why a literal interpretation of the bible is wrong. Please read those articles.

Yes, the bible condones slavery, which was widely practiced at that time. But let us look at some of the laws of slavery that were given as part of the Oral Torah, for we will quickly discover that whipping slaves and having sex with them (as was practiced by one of the nation's founding fathers, President Jefferson) was not the slavery condoned by G-d. In fairness to President Jefferson, he did arrange to have his slaves freed upon his death.

A serious study of the Hebrew bible will reveal that G-d is very concerned with the weakest members of society; as shown by the repeated emphasis on proper treatment of widows, orphans, and the poor.

Marriage was not about love, but was an economic arrangement, as women were largely dependent upon men for the necessities of food, clothing and shelter. Furthermore, Jewish laws concerning marriage were concerned that the women receive enough property so as not to be impoverished in the event of divorce. All of this is about money, not love, for even in our generation poverty can be fatal.

Slavery under Jewish law was not about the ownership of another human being, but was a welfare program. Basically, it was a form of indentured servitude where someone who has fallen on hard times and is longer able to care for himself (and his family) could sell himself into slavery and thereby insure his well being. The Oral Torah tells us that if a slave is mistreated and physically harmed, he must be set free. If a slave ran away, it was presumed to be evidence of mistreatment and the slave was freed. If there was one blanket in the house, the slave had first dibs. If there was only enough food in the house for one meal for one person, the slave was to be fed. Upon completing the period of servitude, the slave was to be freed with gifts sufficient for the slave to set up housekeeping. Slaves were required to be freed every seven years, in correspondence with the biblical mandated agricultural cycle. If the slave felt he was well treated, he had the option of staying a slave to that family. The rabbis taught that someone who acquires a slave, acquires a master for themselves.

This is all in stark contrast to theUntied States. Today, the religious bigots scream about traditional marriage and cite the bible as proof, despite the fact they are making grossly inaccurate and blatantly false statements. They are using the bible to justify their hate and their economic interests (I refer to the clergy on TV soliciting donations). Nor is this anything new. For the same bible was used to justify slavery in the United States. Slavery in the United States was not about social welfare, but was about the economics of slave labor. It was about mistreating people. Slaves had no rights. Rarely if ever was a slave set free. Slaves were bred so that a continual supply of slave labor was available. Furthermore, unlike biblical slavery, where slaves weref reed on a regular basis, we have the United States Supreme Court decision in the Dred Scott case, a decision contrary to the laws of slavery as given in the Oral Torah.

Do I blame Dan Savage for getting it wrong? No, I do not. For the slavery he was taught in school was the slavery of the United States. Furthermore, look at his religious teachers, for his teachers are the same bigots and greedy clerics who have historically misused the bible in their quest for money and power, as well as to justify their hate. These are the same kind of people who misused the bible to justify the evil institution of slavery in the United States. These are the same people who now insist that gays and lesbians do not deserve the very civil rights that they themselves take for granted.

The problem is when immoral clerics misuse our holy teachings, then our society becomes immoral. Religion, instead of being a force for good, then becomes a force for evil. Tragically, that is the state of affairs we have in much of the world right now.

Note 1: As quoted on page 168 of TheBook of Jewish Values, A Day-By-Day Guide to Ethical Living, by Rabbi Joseph Telushkin, published by Bell Tower, copyright 2000.

Categories: Current Events (and people in the news), Gay, Lesbian and Transgender, Sermon