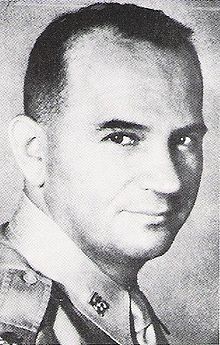 Some months ago, I reread Cast A Giant Shadow, the biography of U.S. Army Col. David “Mickey” Marcus, U.S.M.A. Class of 1924. Mickey Marcus is the only Israeli General buried outside of the Land of Israel and the only US solider buried at West Point who died fighting under a foreign flag. His tombstone reads: “A Solider for All Humanity.”

When Mickey Marcus's mother died, Rabbi Tedesche sent him an obscure poem entitled The Ship. The poem describes the gradual receding of a ship as it sails away and disappears over the horizon. The poem concludes:

Gone where? Gone from my sight – that is all. She is just as large in mast and hull and spar as when she left my side, and just as able to bear her load of living freight to the place of destination. Her diminished size is in me, not in her, and just at the moment when someone at my side says: “There! She's gone!” there are other voices ready to take up the glad shout, “There, she comes!”

And that is dying.

May these words offer consolation and comfort to all who mourn.

Pages 170-171 of Cast A Giant Shadow, The Story of Mickey Marcus Who Died to Save Jerusalem, by Ted Berkman, copyright (c) 1962 by Ted Berkman, published by Manifest Publications.