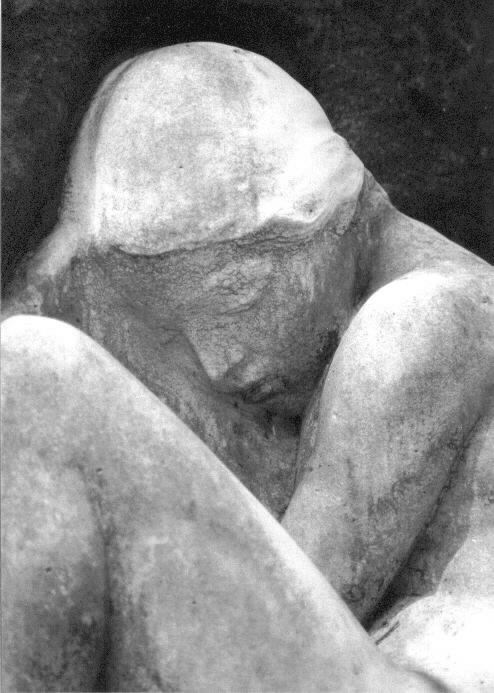 On January 1, 2010, the founder of Friends of B.R.Y.C.E (FOB) passed away. With his passing, FOB lost a good and dear friend. Most importantly, the gay and lesbian community, especially its youths and young adults lost not only a dear friend, but also a visionary, Rev. Brett Harris.

Over the years, I have become aware of a recurring pattern that I find most disturbing. It seems that people work their entire lives either training for or working toward a specific goal, a goal that stands to help a great many people. Then just as they are about to realize that goal, they pass away. I do not pretend to know the ways of G-d and I do not understand why this is so.

When we read the bible, we learn that just as Moses was about to lead the Jewish people into the Holy Land, the culmination of a lifetime of training and work, he dies.

One of my childhood heroes was Col. David “Mickey” Marcus (US Army). Col. Marcus is the only solider buried at West Point who died fighting under a foreign flag. He was the first Israeli General in 2,000 years and he died at his post in the hills of Jerusalem during Israel’s War of Independence. He was shot mere hours before a truce was about to take effect. He was the last Israeli solider to fall before that truce. He was in those hills working to break the siege of Jerusalem and he died just as that siege was about to be broken. His tombstone reads “A Solider For All Humanity.”

I grew up on Long Island, NY. As I was coming to terms with my sexual orientation, Rich Amato was the gay civil rights movement on Long Island. When I met him, Rich was dying of AIDS. Just as the movement he labored to create was being born, he died. Sadly, tragically, he never got to see the first gay and lesbian rights march on Long Island.

Martin Luther King was killed as his dream was turning into reality. John F. Kennedy, and his brother Robert H. Kennedy, were both men of vision and compassion. Just as they were moving toward making this a better country for all its citizens they were struck down. Theses three men, men of greatness, men of vision, men who saw a way to make a better world for all people; these men were assassinated in their prime and they let behind a legacy of so many dreams unfilled, and a vision that in many ways has yet to be born.

And so I come to my good and dear friend, Rev. Brett Harris. Brett was a special man. Brett was one of the few truly great people I will have the privilege to know in my lifetime. Brett passed away, like the men I just mentioned, as a lifetime of work was about to turn into reality. Brett’s passion was opposing conversion or reparative therapy (the discredited and dangerous practice of trying to change someone’s sexual orientation). To that end, Brett had established Friends of B.R.Y.C.E., where I had the honor and privilege to assist him as the FOB Minister of Scriptural Affairs.

Brett’s concern and worry was always for others; for the poor child about to be shipped off to some religious run conversion therapy compound, for the gay person being harassed by his neighbors or by the local government. If Brett heard of someone who was in trouble, or who was in great difficulty, he went out of his way to help. If he heard of someone needing him, Brett would not wait for him or her to contact him, but Brett would contact that person.

Brett had personally experienced harassment from those religious extremists who took issue with his opposition to conversion therapy. Having experienced that harassment, and knowing how these situations sometimes turn violent, Brett went out of his way to ensure that those who worked with him were kept safe.

Brett was that rare breed of individual who had vision, intelligence, and compassion. Above all, he was a kind and generous soul who was here only to help and protect others. We are all diminished by his loss. We are all left to struggle in a cold, indifferent, and many times hostile world without our beloved champion to help us.

May G-d rest his soul and comfort his mourners. May G-d grant us the wisdom and the strength to fill this man’s shoes and to carry on his work. May we live to see his dream fulfilled. May we see a world where every gay, lesbian, bisexual, transgendered, and intersexed child is safe from threats, from intimidation, and from violence. May we all learn to love and care for each other as Brett loved and cared for us.

Author’s note: With the recent disclosure that presidential candidate and republican front runner Michele Bachmann and her husband jointly own a Christian counseling clinic, a clinic that practices reparative and conversion therapy, the work of Brett Harris is as timely as when he was with us. As for the Bachmann clinic, it has been alleged that Dr. Bachmann received his Ph. D. from a correspondence course. It has also been charged that the Bachmann clinic received tax dollars for providing conversion and reparative therapy, therapy that is ineffective, cruel, and that may well be malpractice.

Categories: Current Events (and people in the news), Sermon